When Keirce Kimbel resigned as the Hoptown Hoppers manager last month, it left an obvious void that would need to be filled as soon as possible and for a team with as much success as the Hoppers, they wanted to find the right candidate for the job.

At a press conference Monday at the Hopkinsville Chamber of Commerce, the right man for the job was introduced in Brock Moss.

Moss, a pitching coach at Georgia Highlands College, was handed the reigns as the next head coach of the Hoppers. 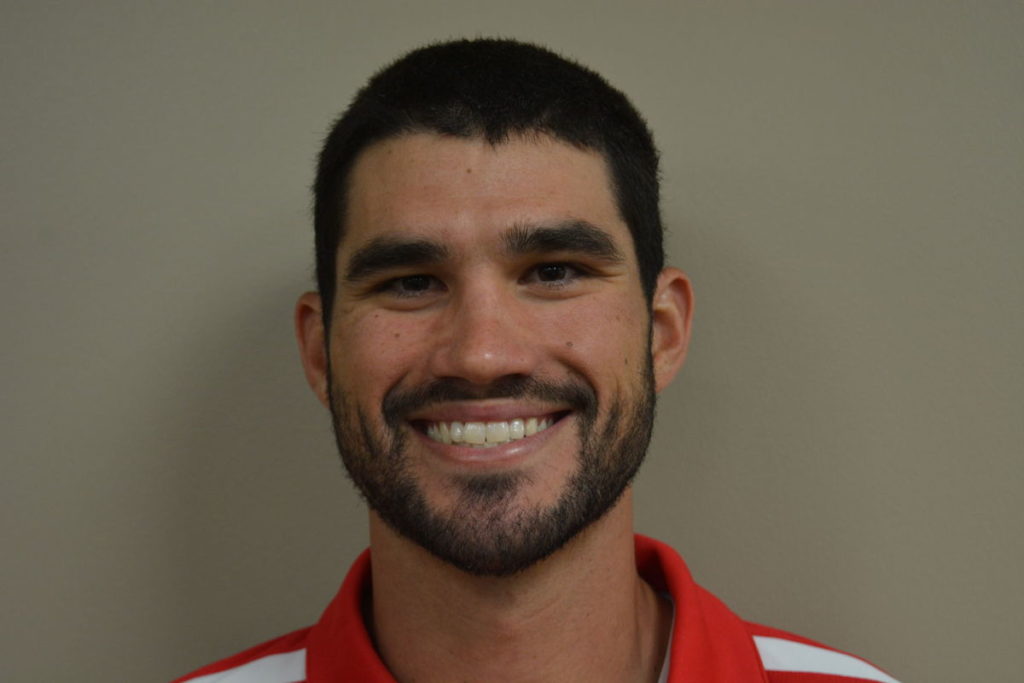 Hoptown General Manager John Bruce said distinguishing Moss from the other 13 candidates was difficult, but there was something about the Louisiana-born hurler that stood out.

“This was very difficult,” Bruce said. “We had some really caliber guys that applied for the job. With that said, there’s some intangibles that kind of roll in. The development of talent that he’s already had, coming from the winning traditions. Those were important to us. Character development is important.

“Those were all things, we had several candidates that had those things. Then you talk to them and you get a feel stronger for one person than another and that’s where it landed.”

Wherever Moss has landed, he’s had success.

“I’m a winner,” he said after the press conference.

Along with his coaching duties at Georgia Highlands, Moss led the Little River Blue Crabs of the Carolina Shores Collegiate Summer League to a runner-up finish in the players. Moss was also selected to be a head coach in the league’s all-star game.

Moss was asked about his offensive game plan but also his pitching plan, because in the Ohio Valley League, pitching is king.

“It’s going to be pressure,” he said. “Attack, attack, attack. I want to punch everybody out. I don’t want the ball put in play. I know the good old quote in ‘Bull Durham’, one of the best baseball movies ever, is ‘strikeouts are fascist.’ They might be, but that means nobody can hit the ball.

“We’re going to try and punch everybody out and score as many runs as we can.”

Kimbel knew the importance of pitching and used it to bring a runner-up finish to Hoptown after the Hoppers fell to the Dubois County Bombers in the OVL playoffs.

“That was a point of emphasis,” Bruce said of pitching knowledge during the process. “Knowing that you need pitching and pitching development, we needed a guy that could call a good game. That’s important to us and that’s a big part of winning in the OVL. Frankly that’s how coach Kimbel was able so stretch our staff as much as he did because of the ability to manage pitching.”

Moss will turn 27 next month and Bruce said youth was a factor in his hiring. During the interview process, the committee asked itself if they wanted something youthful or with more experience in a new head coach.

“As you look, the Hoppers have done very well with taking that guy who’s in first or second head coaching experience,” he said. “We’ve done over well with that. That’s kind of the flavor that we stayed with this time. Will it be next time? I don’t know. That will change over time.”

Moss said his coaching staff is pretty much already set with the addition of Michael Skelly and Andrew Patrick to his staff.

“Before I even knew if I was going to get this job or not, I reached out to two guys that I knew would do a great job,” he said. “Not only representing the Hoppers but allow us to have the best chance of winning baseball in terms of coaching.”

Skelly is a former co-worker of Moss’ and Patrick was a former player that’s in his senior year as a left-handed pitcher at Georgia Southwestern.

“He’s coached with one of the top travel teams in the nation for the last four years’ since he’s been out of high school with 634 Athletics,” Moss said of Patrick. “He has plenty of experience there in the traveling circuit coaching premium talent.”

Moss seemed eager to get the ball rolling and said he’s open to recruiting players from all over the country, but he was also asked about the Pepperdine pipeline that has rolled out several successful players over the years.

“It’s the same thing I told the committee during the interview process, I’m not too prideful to cold call, cold email, reach out to anyone I don’t know,” he said. “Nobody answers, that doesn’t bother me. I just move on to the next guy. I do know that is a very important pipeline that the Hoppers have had in the past. Mr. Bruce and myself are going to work to continue that pipeline.”

Moss’ coaching philosophy wasn’t hard to relay to those in attendance Monday.

In addition to the announcement of a new manager, Bruce also announcement the Hoppers would be the host to the OVL All-Star Game this season.

“It’s another way for us through the medium of baseball to promote Hopkinsville,” he said. “The team belongs to the community well now we’re inviting the league to come and be a part of Hopkinsville as well.

“That’s another part of it. We’re excited to do that. Just to showcase the town and showcase the league to the town. We’ll get to see both ends of the spectrum.”