On the Hop: Week One 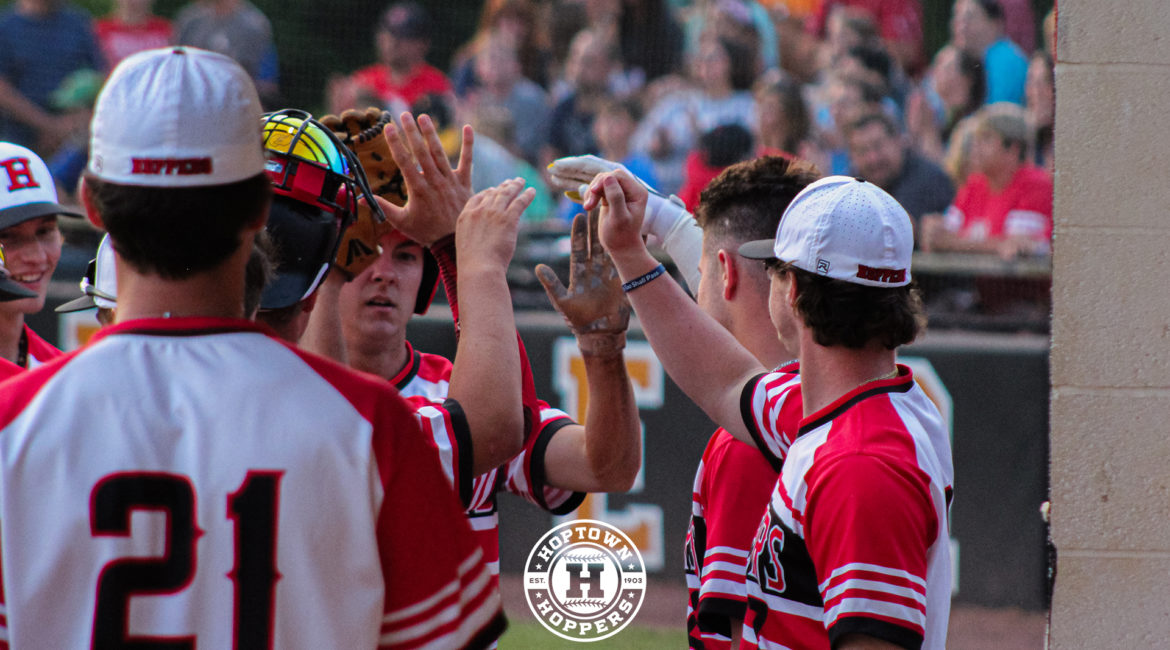 Welcome to On the Hop, a weekly column recapping the the past week of Hoppers action and priming you for the week ahead. This inaugural OtH piece will highlight the Opening Weekend of the 2019 season, beginning with Opening Night against Madisonville.

Opening Night saw a sell-out crowd of 673 enjoy the game at Tiger Field. Hoptown batters faced an early deficit after Madisonville plated two runs on four hits in the first two innings of play, but the Hoppers answered in a big way. With two down in the bottom of the second, Hunter Evans stepped to the plate and launched a homer over the right field wall, providing both the first hit and first run of the night for the Hoppers. To continue the two-out rally, Micah Genter singled to scored Drew McGowan and knot the game at two runs a piece.

Starting pitcher Cam Barlow responded to the offensive production by striking out the side in the top of the third, which was the first of three consecutive ‘three-up, three-down’ innings forced by the Hoppers. The second and third innings in that span were pitched by Lane Diuguid, who was brought in for five solid frames of relief.

With the game still tied in through five innings, the Hoppers offense came through with four runs on three hits to claim the lead. This lead would hold true for the Hoppers, as the pitching staff would finish the game by holding the Miners scoreless in seven straight innings to secure the 6-2 victory.

The first day of June brought the first road game of the season for Hoptown. The Hoppers hit the road for the quirky confines of Lohaus field in Fulton, KY.

The Hoppers again found themselves in an early deficit after giving up a run via a walk and double in the second inning. That would change after, with two outs and a full count, Greg Mehlhaff lifted a ball over the right field wall to score Drew McGowan and himself to give the Hoppers the lead. Hoptown would score a run in the next five innings, notably via homeruns off the bats of Seth Bennett and Jacob Jenkins. to hold a 7-3 lead going into the bottom of the eighth.

The Hoppers fortune would shift, however, as Fulton scored eight runs on four hits, four walks, and an error to jump out to an 11-7 lead that would give us our final score.

The Hoppers found themselves in a big hole early in the contest after allowing six runs on only two hits in the first inning of play. The Hoptown offense would cut the deficit in half with four Hoppers scored by way of six hits in the third inning. Unfortunately, this was the closest the game would be as the Duelers would answer with five runs in the fourth inning and six more runs in the sixth. The game would mercifully end with a score of 19-6 in seven innings via the newly established run-rule.

The 1-2 Hoppers look to return to the win column starting Tuesday night in Paducah before beginning a four game home-stand.

Follow the Hoppers on social media @HoptownHoppers for updates and gameday information.